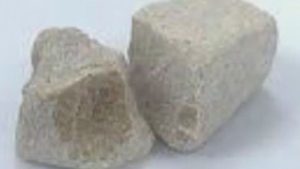 At the retail end of the global heroin trade, local heroin rings repackage pounds of the drug into single-serve doses and push the product to its final destination: the user. From there, the next stop is often a hospital emergency room or a morgue, as an epidemic of heroin-related overdoses and deaths continues its creep across the country.

In Virginia, an intensive crackdown on heroin rings has shed new light on the relationship between drug dealer and user, providing insight into why that last link in the heroin trafficking chain has become so deadly.

“What we hear from users is that quality is important, and that the reputation of a dealer is rated on a scale of one to 10,” said Marc Birnbaum, assistant attorney general for Virginia.

In a competition for higher ratings, some dealers began offering heroin with varying potencies — from just strong enough to stave off withdrawal symptoms to doses laced with powerful synthetic opioids such as fentanyl. 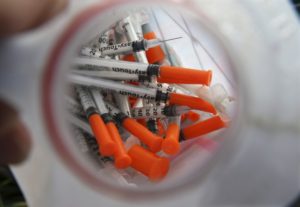 END_OF_DOCUMENT_TOKEN_TO_BE_REPLACED

The Maryland Chapter of Drug-Free World visited the children and young adults of the Salvation Army Boys and Girls Club of Franklin Square of Baltimore in March 2107. The children watched a documentary about the dangers of drugs narrated by former drug addicts. There was lively discussion about the things that can happen to a person when they start taking drugs and how quickly one can become addicted.

After the discussion the students signed a Pledge to live a drug free life, to encourage their friends and family members not to take drugs and to help educate others about the dangers of taking drugs. Each student received several Truth About Drugs booklets to read and to distribute to friends.

END_OF_DOCUMENT_TOKEN_TO_BE_REPLACED

You may have heard of K2 or “Spice,” a pair of terms for synthetic marijuana — or more appropriately, synthetic cannabinoids — which is growing in popularity. Some find them tempting substitutes for traditional weed because these drugs aren’t technically illegal in many places. People who undergo drug testing can consume synthetic marijuana because there’s no law saying you can’t — and that in turn makes the product cheaper and easier to get. Sounds like a sweet deal, right? END_OF_DOCUMENT_TOKEN_TO_BE_REPLACED

OxyContin is a dying business in America.

With the nation in the grip of an opioid epidemic that has claimed more than 200,000 lives, the U.S. medical establishment is turning away from painkillers. Top health officials are discouraging primary care doctors from prescribing them for chronic pain, saying there is no proof they work long-term and substantial evidence they put patients at risk.

Prescriptions for OxyContin have fallen nearly 40% since 2010, meaning billions in lost revenue for its Connecticut manufacturer, Purdue Pharma. END_OF_DOCUMENT_TOKEN_TO_BE_REPLACED 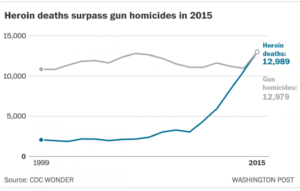