Synthetic cannabinoids — commonly known as K2 or spice — stimulants similar to cocaine or MDMA and the notoriously dangerous synthetic known as flakka have fallen dramatically from they were last summer. 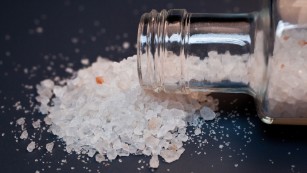 Flakka has all but disappeared from Florida, where it was wreaking havoc.

As a result, DEA officials say, they are optimistic that ongoing meetings with their Chinese counterparts can continue the trend. This month, 14 high-ranking DEA officials spent a week in Beijing and two other Chinese provinces, where they talked about how to work together to tackle the problem of Chinese chemists making and selling dangerous synthetic drugs in the United States.

DEA spokesman Russell Baer called it an “unprecedented dialogue between the two countries.”

China now faces a problem similar to one the United States has been struggling with: how to keep up with chemists who are constantly…read full CNN News Article